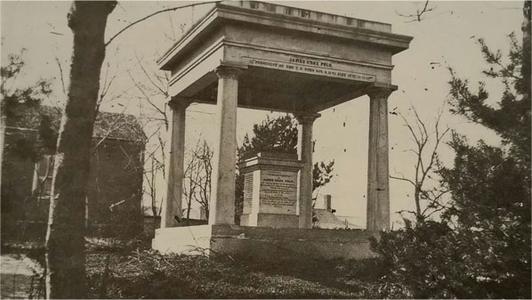 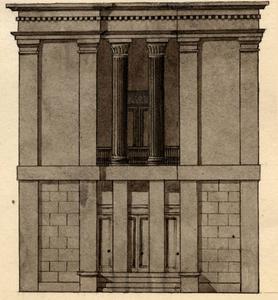 McKendree Methodist is where Stuart went to church.  It has had several locations, originally on the Public Square.  It had to move to make room for businesses and met for awhile in members’ homes.  In 1812 a church was built on the site of what is now Hume-Fogg high school.

THE DOCTOR'S DAUGHTER
Journey to Justice 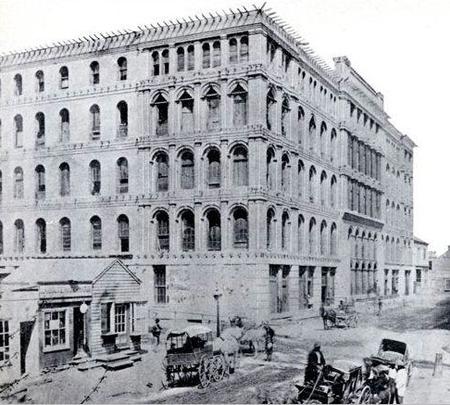 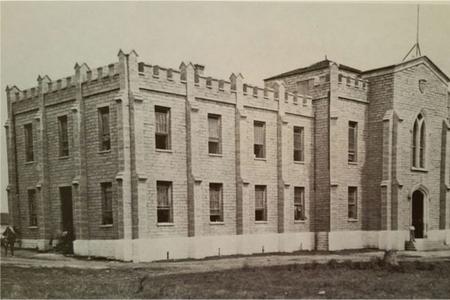 UNIVERSITY OF NASHVILLE COLLEGE OF MEDICINE

This is where Brice went to school.  It was located at what is now Peabody and Third.  There was no instruction at the school from 1862-1865 and was occupied as a military hospital.

This was in the side yard of Polk Place until it was moved to the capitol in 1893.  Credit: Library of Congress

SUSPENSION BRIDGE ACROSS THE CUMBERLAND

Architect and engineer Adolphus Heiman designed this bridge, which was built in 1850 and lasted until 1862, when sadly Confederate forces destroyed it as Union troops were approaching the city.  It existed where the Woodland Street Bridge is now. 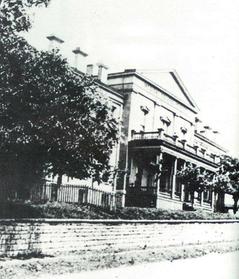 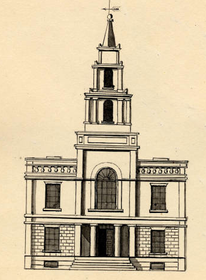 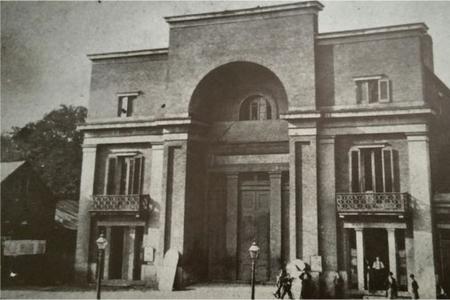 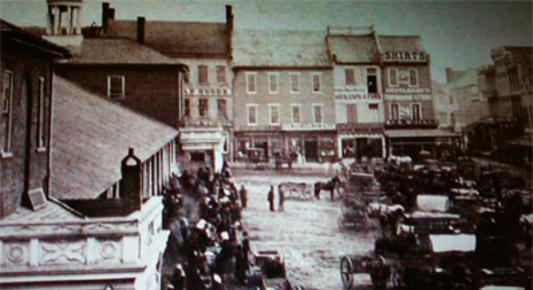 RAILROAD BRIDGE ACROSS THE CUMBERLAND

This was taken in 1864 during the Union occupation of the city. The original railroad bridge was torched preceding the Union Army invasion and was rebuilt by the union on the remaining pylons. 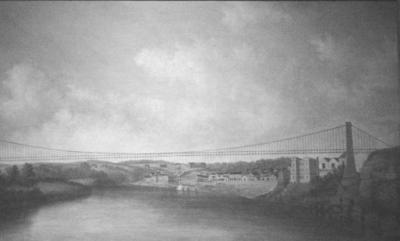 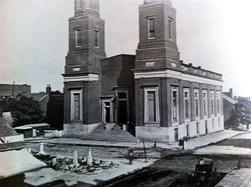 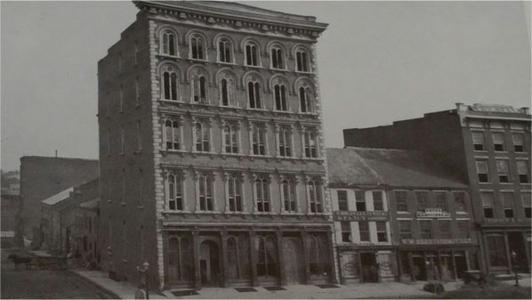 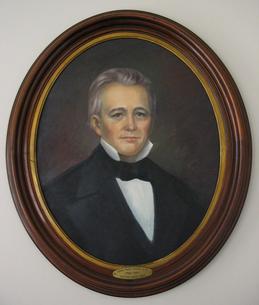 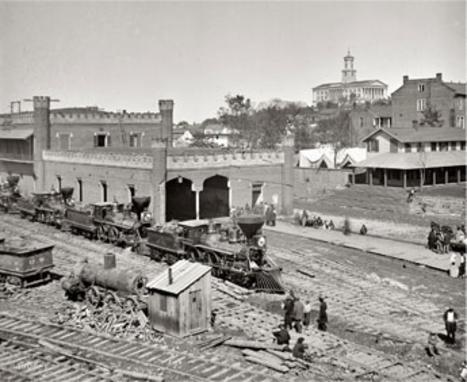 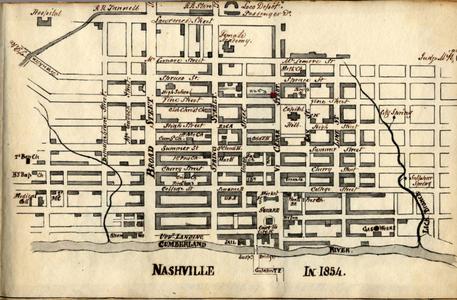 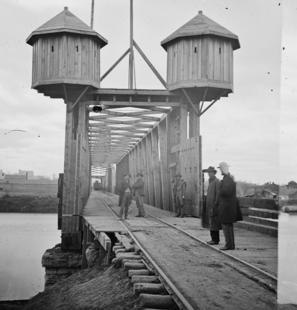 Construction begun in 1859 by John Overton, Jr. and named for his wife's maiden name..  War halted construction.  Confederates quartered troops there and called it Zollicoffer Barracks.  Federal Army later used it as a prison for captured Confederates.  In 1863 a staircase collapsed as prisoners were being moved, killing 4-5, injuring 75.  Finally completed in 1869 and often referred to "Overton's Folly."  The claim of Teddy Roosevelt declaring their coffee "good to the  last drop" is questionable.  Credit: National Archives

William T. Berry’s bookstore existed from 1835-1876.  It was located downtown, I think on the public square.  It was handsomely appointed and served as a circulating library and gentleman’s club.  It was well stocked and he also dealt in collectible books, which he would travel to acquire.

Second largest in the country when opened in 1850.  Most famous performer was Jenny Lind, the Swedish Nightingale, in 1851.  Promoted by P.T. Barnum with arrival by boat.  People crowded on bridges to get a look.  One critic called it “a magnificent humbuggery in the hands of the master humbugger.”  West side of Cherry Street, north of Cedar, east of capitol. Credit: Collection of Herb Peck

How the church looked during the Civil War 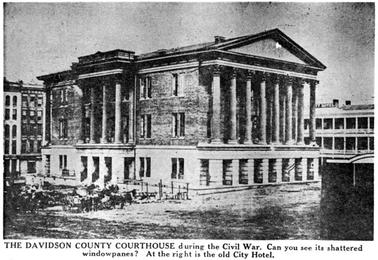 This was considered too far from downtown so they moved to what is now (for now) Printer’s Alley.  In 1833 they moved to their present site on Church Street.  There have been five buildings at this site, the current one completed in 1910.

Pastor of First Presbyterian from 1833-1860.  He was so beloved in Nashville the mayor suspended business and courts for his funeral. 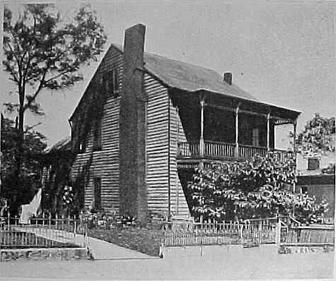 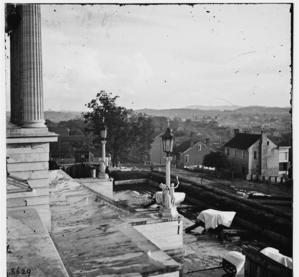 Another view from the top of Lindsley including building for teacher housing.  Credit: Library of Congress

Literary Department, only surviving building of the University of Nashville, located at 724 Second Avenue..  Became Western Military Institute, later Children’s Theater.  Mistakenly called Lindsley Hall so often it was renamed that but not the original Lindsley Hall.  Credit: National Archives. 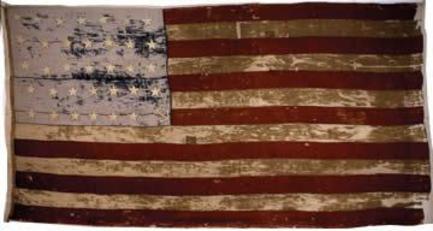 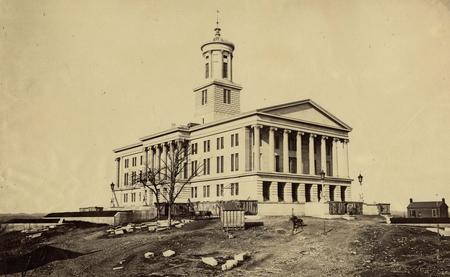 South side of Public Square, the Ensley Building.  Was a hospital during the war.  Berry's Bookstore was somewhere on the south side.  Credit: National Archives 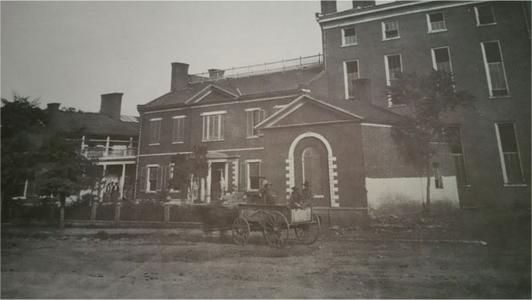 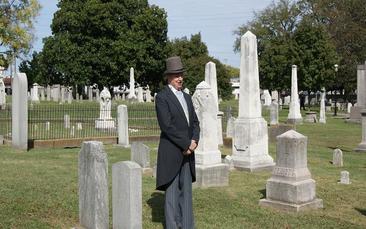 The book begins and ends here.  The first pastor was Rev. Gideon Blackburn in 1814, my indirect ancestor.  Gen. Andrew Jackson was awarded a ceremonial sword on the church steps by the State of Tennessee after the Battle of New Orleans.  That church building burned in 1832 and was rebuilt, only to burn again in 1848.  The third building still stands.  It was designed by William Strickland, who was also the architect for the state capitol.  James K. Polk was inaugurated as governor in the sanctuary and his wife remained a devoted member after his death.  It became a Union hospital during the Civil War.  I was quite disappointed I could not speak of the incredible Egyptian interior in the book as it did not take place until the 1880s.

For a virtual tour of the building and more history visit: http://www.dpchurch.com.

The original Lindsley Hall, built as a dormitory in 1855.  Used by both armies as a hospital.  The building on the left is a steam plant used to heat the buildings on campus, which I thought was rather forward thinking.  Credit: Library of Congress 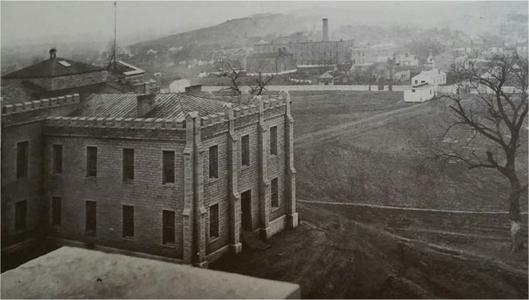 View of Nashville during the war from the courthouse steps:

Opened in 1858 by Dr. John Shelby.  Had an indigent hospital connected to it and was a teaching hospital.  Closed during the war and never reopened.  Credit: National Archives

On Vine Street (7th).  Was Grundy Place (Felix Grundy) until Polks purchased it.  Died there in 1849 of cholera at age of 53, three months after leaving white house.  Considered neutral ground by both armies during the war.  State wanted to buy it for governor’s mansion (governor stayed in hotel room) but could not.  Developer bought it in 1900 and tore it down and built a small apartment building.  Credit: Collection of Herb Peck.

Historical Sites from the Book

Taken from the roof of Lindsley Hall.  Literary Department on the left.  Credit: Library of Congress 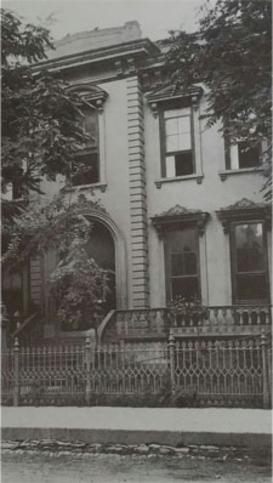 This is the place Brice mentioned as being less formal than the opera they were about to attend.

This is where Kate and her mother sat waiting for court to convene.  This building no longer exists. 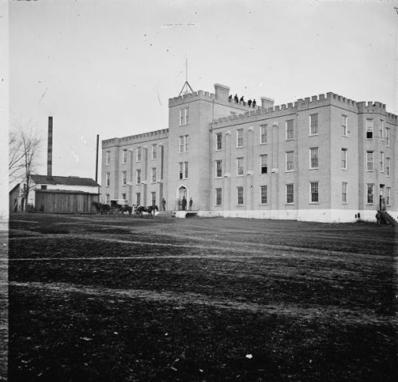 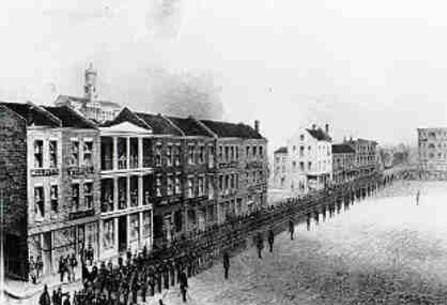 This is the sea captain that moved to Nashville and secreted his American flag in a bed cover for fear of discovery after Nashville sided with the confederacy.  He had flown it on his ship and called it Old Glory.  This flag was raised above the capitol when the Union took control of the city. 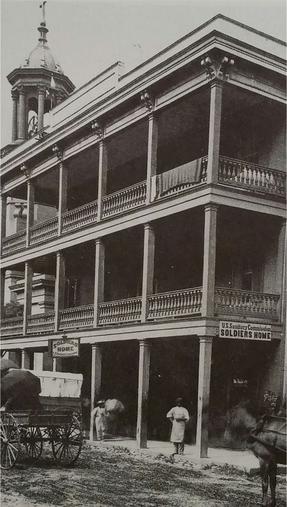 This is where Kate’s father was buried and some grave robbing happened in the book.  It opened (bad choice of words!) in 1822 and is the final home for a number of famous historical figures.  If you visit try to make it in October when they have re-enactors in period appropriate dress telling the story of its residents.  More history and pictures can be found at: http://www.thenashvillecitycemetery.org

Where the Capitol Boulevard Building is today.  Federal commanders that used it include Don Carlos Buell, William Rosecrans, Ulysses Grant.  Rosecrans' chief of staff was James A. Garfield.  Andrew Johnson probably visited so three presidents within its walls.  Torn down in 1930.  Credit: National Archives

This picture was taken during the Civil War.  Philadelphia architect William Strickland designed it (as well as First/Downtown Presbyterian).  The cornerstone was laid in 1845 and the building was completed in 1859.  Strickland died five years before its completion and he is buried in the northeast corner.  Samuel Morgan was the chairman of the State Building Commission overseeing the construction and, as frequently is the case, went head to head with Strickland during the construction.  They were often observed screaming at each other.  Morgan is buried in the southeast corner.  It is said they are still fighting in the afterlife and ghost stories abound. 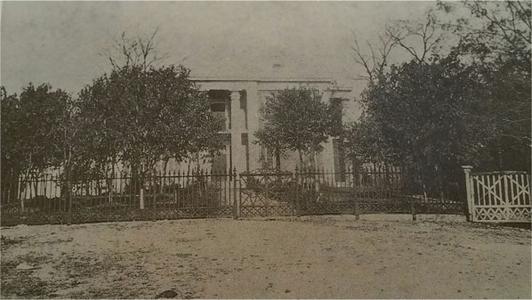